The Faroe Islands are an island group consisting of 18 major islands about 655 kilometres (407 mi) off the coast of Northern Europe, between the Norwegian Sea and the North Atlantic Ocean, about halfway between Iceland and Norway. The capital is Tórshavn and has a wonderful rural surroundings, with only 16,000 inhabitants, where you will find museums, galleries, good restaurants and live music.

National Geographic had carried out a survey of islands in which a panel of 522 well-traveled experts in sustainable tourism were asked to rank 111 different islands by comparing e.g. environmental and ecological quality, social and cultural integrity as well as outlook for the future. The survey rates the qualities that make a destination unique, i.e. “integrity of place” – and they gave the Faroe Islands the highest ranking! “Lovely unspoiled islands—a delight to the traveler.” Remote and cool, and thus safe from overcrowding, the autonomous archipelago northwest of the Shetlands earns high marks from panelists for preservation of nature, historic architecture, and local pride. “Spectacular waterfalls and harbors.” 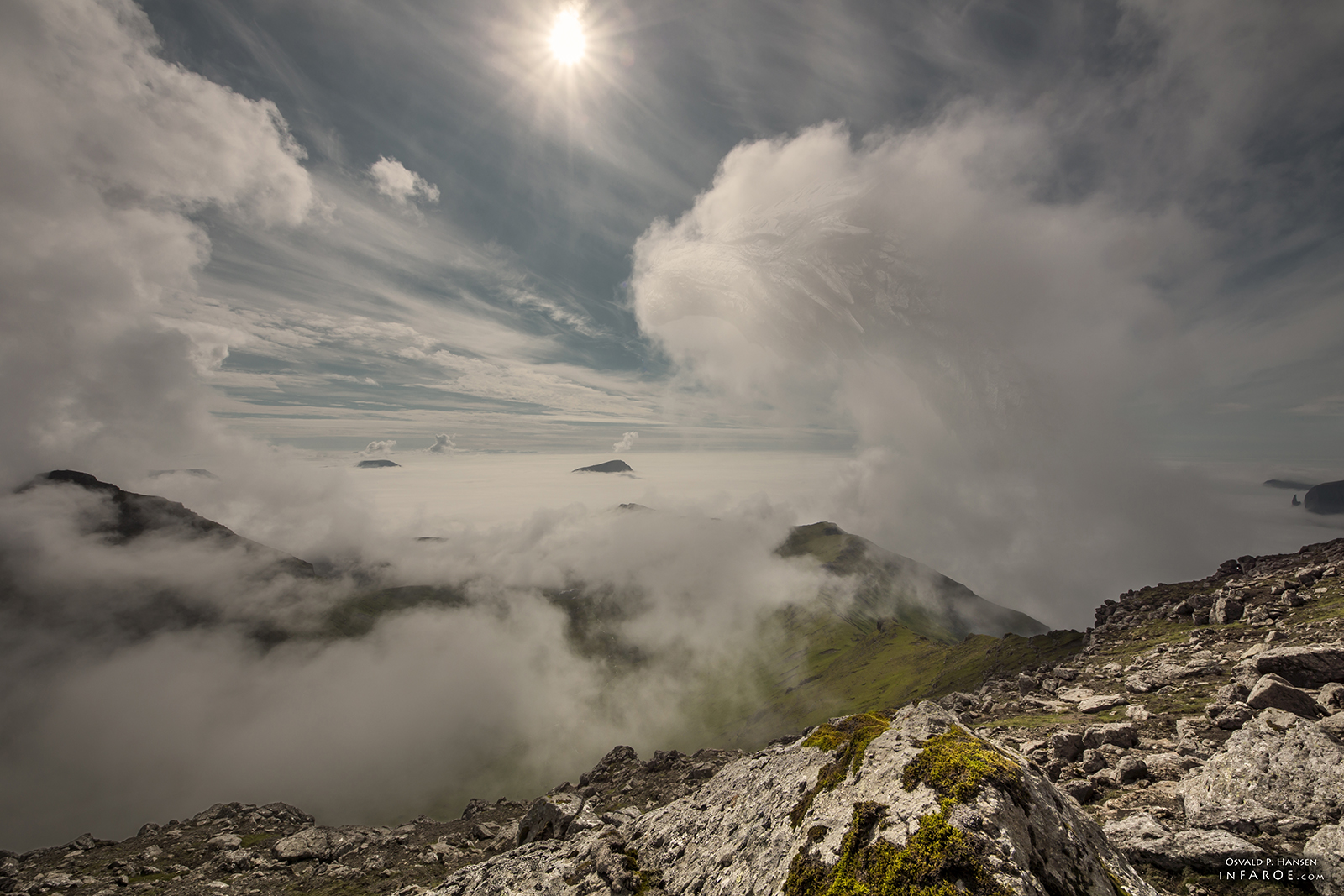 The landscape is often referred to as “otherworldly”. It is dominated by steep mountains, deep valleys, narrow fjords and sounds. Some call it “the Gran Canyon of the North Atlantic”, others “the Lord of the Rings Country”.
Did you know that Faroe Islands has two popular word records. One that the highest cliff in the world located in the northernmost point on the Faroes – Cape Enniberg – is with its 754 m above sea level the highest vertical cliff (promontory), facing the sea, in the world. It is more than twice as high as the Empire State Building in New York. 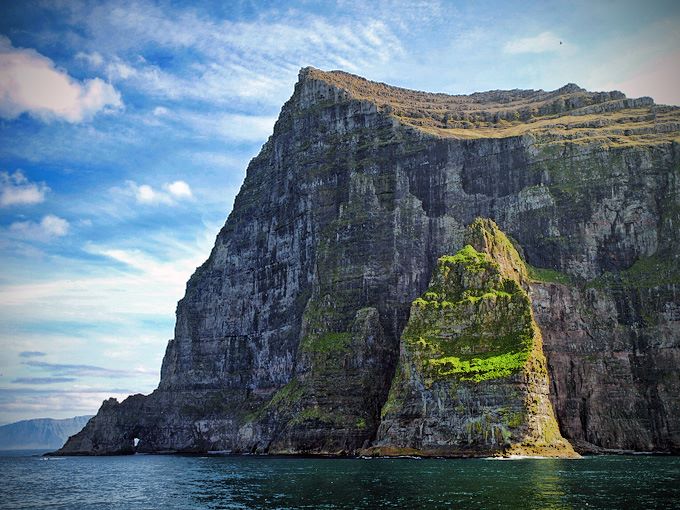 Culture of the Faroe Islands has its roots in the Nordic culture. The language spoken is Faroese and it is one of three insular Scandinavian languages descended from the Old Norse language spoken in Scandinavia in the Viking Age, the others being Icelandic and the extinct Norn, which is thought to have been mutually intelligible with Faroese.

The population in Faroe Islands is around 49.000. The climate is classed as Maritime Subarctic according to the (Köppen climate classification:Cfc). The overall character of the islands’ climate is influenced by the strong warming influence of the Atlantic Ocean, which produces the North Atlantic Current. This, together with the remoteness of any sources of warm airflows, ensures that winters are mild (average temperature 3.0 to 4.0 °C or 37 to 39°F) while summers are cool (average temperature 9.5 to 10.5 °C or 49 to 51°F). The islands are windy, cloudy and cool throughout the year with over 260 annual rainy days. The weather is very changeable, which makes it possible to experience all the seasons weather in one day.

According to Guinness World Records, Slættaratindur the highest mountain in the Faroe Islands (882 m) is the object of the world’s longest sight line, 550 km from Vatnajökull. GWR state that “owing to the light bending effects of atmospheric refraction, Vatnajökull (2119m), Iceland, can sometimes be seen from the Faroe Islands, 340 miles (550km) away”.

The islands are rugged and rocky with some low peaks; the coasts are mostly cliffs. The highest point is Slættaratindur, 882 meters (2,894 ft) above sea level. There are also areas below sea level.